I was working for ACR for 3 years at the time of application (almost 4 now) and ACR has definitely been my greatest “growth period” medically speaking, and it was the biggest edge on my application and interview. Going down to the basics, as a DCP for the first 2 years, I learned how to care for an individual and to understand what it means to have someone’s life in my hands. The amount of responsibility, trust, patience, love, dedication, etc. this position involved transformed me into a better person with an even bigger heart for healthcare. Alongside character development, there’s also the experience I gained regarding medicine, diagnoses, medical equipment, understanding non-verbal cues, etc. Essentially, after proper training, I was doing nurse-level work as a DCP. During my interview, I was 100% set apart from other students because of the level of experience ACR allows their employees to gain and excel in. For example, my application included the following:

In my third year with ACR I was a Weekend on-call Supervisor. This allowed me to enhance my leadership skills and become more involved in my resident’s lives. This was also great to talk about when application or interview questions ask about a time where I had to show leadership (which is very common!).

In my fourth year with ACR, I became an Emergency Float. Unfortunately this part of my experience was not on my application, however I was able to boast about how amazing this position is in my interview. During my interview, they showed the most interest in hearing about E-floating. They were amazed with the concept of staff learning to be extremely versatile and dependable. As a DCP, I learned so many things, but as an E-float, my experiences were multiplied with each home I floated to.

There are so many ways to excel personally and on one’s resume with ACR to stand out from everyone else. If only applications allowed enough room to thoroughly explain what ACR is, I think everyone employed with ACR would get accepted without a doubt. Interviews allowed my time here to shine.

Total PCE hours: I had about 3,800 PCE hours directly from ACR at the time of application, and over 5,000 PCE hours at the interview. I also had ~200 hours PCE from my internship in Mexico.

Shadowing hours: I reached 35 shadowing hours at the time of application and I stopped there. Although the more shadowing hours the better, 35 hours within different specialties gave me enough perspective to know what I’m getting myself into and to know this is what I want to do with my life.

Other volunteer hours: Volunteer hours were what made me the most nervous. I only had about 25 hours volunteering at La Oportunidad. Luckily, I was able to count up my hours from previous missionary trips I went on with my church to Russia and to Mexico yearly (2012-2016). In total, these gave me over 3,000 hours to add to my resume, however I think they prefer to see recent activity in applicant’s life.

-Fluent in 3 languages (English, Russian, Spanish) and not just knowing the language but having connections to the culture (i.e. medical internship in Mexico, missionary trips, studying abroad, etc. so that they know I am also engaged with the culture that comes with the language).

-A part of the honors society: beta beta beta and phi theta kappa

-First Aid and CPR certification (Which you get for free with ACR!)

How many programs did you apply to? I applied to 11 programs.

How many programs did you interview with? I interviewed at 3 programs.

Anything you found surprising about interviews?
The differences in interview styles between programs ranged largely! My first interview was extremely hard- 8 hours long, many tests and quizzes, no smiles from the staff, small 10 minute breaks every hour only, no time for a proper meal, only 5 minutes of personal 1:2 interview, etc. It was brutal. My second interview was about 4 hours- and 2 of those hours were for enjoying a wonderful meal provided by the program, taking a tour around campus and the city, and getting to know other applicants. If I thought that interview went amazing, I was shocked with my last one, which is where I got accepted. The interview time slot was only 1.5 hours long, where one hour was spent just hanging out and walking around campus. Here, I had almost 25 minutes of 1:2 interview, which allowed them to get to know the real me and what I can bring to the table.

Were there any helpful resources (books, websites, apps) you used to get through the application and interview process?

-Reading Physician Assistant School Interview Guide: Tips, Tricks, and Techniques to Impress Your Interviewers written by Savanna Perry is a MUST. I did not read it going into my first interview, and that day was honestly so brutal. I was not trained on the different meanings behind each question, and I did not know how to properly answer. This book made a black and white difference between my first interview and my last two (my counselors would defend that statement 100%).
-Mock interviews were the second most helpful tools before interviews. ACR was so incredibly generous with their time and energy while preparing me for my interviews (If you do an internship with ACR and are still employed while you get interview invites they will provide mock interviews!). I had 2 mock interviews through ACR: 1 was with the Vice President & Chief Operating Officer of the company, and the second with an ACR Alum who became a PA. I was able to take notes and videotape/record myself too. I received valuable feedback in my mock interviews and detected bad habits (i.e. saying umm) that I could work on before the real deal. Later, I did 2 more mock interviews with Augsburg pre-med counselors where we went through pretty much any possible question they would want to ask and perfected my thought process with each question. My third interview was 2 weeks after the 2nd, so I did just one more mock interview with my counselor the day before to “get back in the groove” again.

Any other advice for other pre-PA students?

–That book that I mentioned above– seriously it’s a must. Have an answer (not memorized though!) or an idea of what to answer for every question in that book.

-Before an interview, analyze as much detail about the school as you can and relate it to yourself. How do their goals/values align with your core values? What community surrounds campus and why are you a good fit (for example my fluency in Spanish applies to SCU so much more than other programs I applied to because of the large Hispanic community in California!)? In my interviews, it was less about showing myself off, but instead showing myself off and explaining how the things I’m presenting apply directly to their program, their location, their culture, etc.

-Before an interview, if not stated, email and ask what style the interview will be and how long the interview will be. Bring a meal or two with you just in case. During my first (8 hour!) interview I felt like I would starve and there was no time to actually go get food. Some programs might say “food will be provided” but that could just mean snacks and water bottles, like it was in my case.

-They might ask you what you will do if you don’t get accepted. ACR helped me answer this question because there’s so much you can do to move up in ACR! Have a plan. Explain the possible internship you’re going to start or finish up, or perhaps the new supervisor position you will take on, etc. It was nice to have a plan in case I didn’t get accepted because I wouldn’t feel like it’s the end of the world and I would have a strong foundation to hold on to.

-Keep track of hours and experiences while doing them! It will save you so much time. Counting up Volunteer hours from my missionary trips many years ago, or trying to remember all of my PCE hours and experiences during my medical internship was so hard. Writing everything down will cut your CASPA application time in half or more. 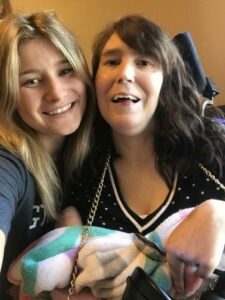