A resident of ACR Homes lay in a hospital bed. Her mother was nearby, anxiously keeping watch. The resident’s prognosis was veiled in uncertainty; she was on the thin edge of either pushing through or succumbing to illness. Heavy snow was falling outside the window, lending a deeper chill to an uncertain situation. It had been a long day for daughter and mother, and a long day for the ACR program director Kate and case manager nurse Kristi. They knew the resident and her mother well, and stayed with them in the hospital through long hours of waiting, ready to lend support in any way possible. One can only imagine how comforting it was to have Kate and Kristi present — two experts in patient care, two friends among so many strangers in a large hospital.

Thinking of Ways to Help

As the snow continues to fall, Kate and Kristi realized the mother’s care was parked on the street nearby, and that is would be no small job to get it out of the drifts that continued to pile up. The two woman sprang into action: they worked together to shovel out the mother’s car and move it to a nearby ramp for her. This was no small task, but clearly a labor of love. Kate and Kristi put themselves in the shoes of the mother, and they were glad to be able to solve one problem that would make a stressful day a little easier. 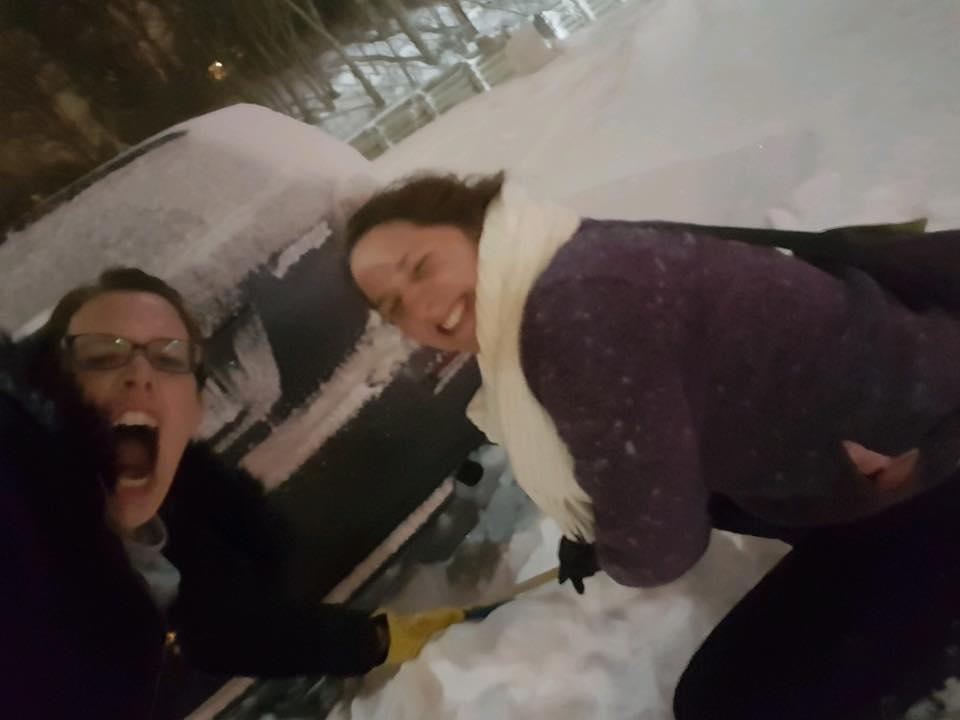 “It was our pleasure, truly,” said Kristi. “We were honored that her mom trusted us and wanted us to be with them both through this challenging time.”

Inspiring Illustration, Going Above and Beyond Patient Care

Sometimes they’re called good Samaritans, sometimes angels in disguise. Either name describes ACR staff like Kate and Kristi who gave all they could to help a resident of ACR and her mother at a time when it was needed the most. They are true examples of the kind of patient care that makes ACR Homes rise above the rest — an inspiring illustration of great care that goes above and beyond patient care.