Want an internship that will set your resume apart?  ACR has helped over a hundred employees develop internships to do just that!  ACR interns can design an internship around a topic of interest.  The resulting projects typically exceed everyone’s expectations.  Even better, they frequently make a difference in the lives of the people with disabilities who live at ACR Homes. 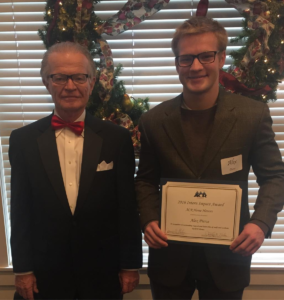 One intern whose project made a huge impact was Alex Pierce, a pre-PA student at the University of Minnesota, who received ACR’s 2016 Internship Impact award.  Alex focused his internship on the importance of fluid intake for one ACR resident who is on the autism spectrum.  Alex began by researching the effect of dehydration on gastrointestinal health. He focused on fluid intake for people whose physical disabilities and medications can make constipation a chronic problem.  With the help of ACR internship advisors, he developed a plan to implement his research.  He then talked to his supervisor and co-workers about the importance of offering more fluids to residents at the home where he works and began collecting and analyzing data for one resident over the course of a few months. As a result of Alex’s efforts, the resident’s fluid intake increased and there has been a significant improvement in this resident’s gastrointestinal function.  The concept was simple, but the benefit for the resident’s health and well-being was significant!  After seeing this positive result, Alex worked with his RS and the RN to add fluid charting for two residents who are non-verbal. We anticipate that his efforts and advocacy in this area will increase awareness for staff at other ACR homes as well.

Design an Internship That Makes an Impact

Here is a sampling of other ways that ACR’s interns have made an impact over the past year:

For more information about internships, visit our website and come to ACR’s Opportunity Fair Open House on Friday, January 20th, from 1-4 at J.Arthur’s Coffee. 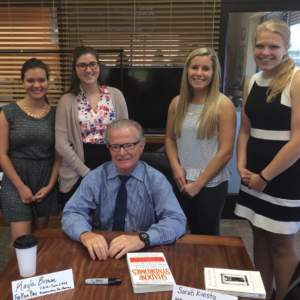