ACR Homes provides residential care for people with disabilities, and so patient care at ACR means supporting residents who call ACR “home.”  Some residents have lived in an ACR home for over 25 years, and many ACR staff have developed long-term relationships that make an impact on the lives of both the staff and the resident.

Here’s a recent story about the impact of long-term relationship on patient care, as told by ACR residential supervisor Kat Neumann.

The hospital room is cold; the lines on the monitor for heart rate and respirations go up and down, matching the emotional roller coaster I’ve been on. My strong resident, the one who laughs loud, plays hard, loves deeply, is lying on his side in a hospital bed. His eyes are slightly open and there’s a machine responsible for his every breath that’s connected to a long tube coming out of his mouth. The mouth I want to see smiling again, the one that yells “HI!!!!” to whomever will stop for a moment to shake his hand. Just days before he had been shopping at Walmart in the morning, smiling at staff, and restlessly walking around the house. By the next evening I received a concerned call from the ER doctor saying that he likely would not make it through the night.

The Impact of Dan

I’ve been at this ACR Home for 3 years, and I’m choked up and struggling, grieving more than I thought possible. I can’t imagine what Dan is feeling, the staff who’s been at the house for twenty solid years. He’s my resident’s best friend. My resident says a few words, and “Daaaa!!” is one of them. Whenever Dan walks into the house, my resident’s face creases into a huge smile, and he begins to stomp and yell with joy. Dan has that effect on people; his kindness and sincerity make him an instant friend, and a best friend to all of the residents at our group home. 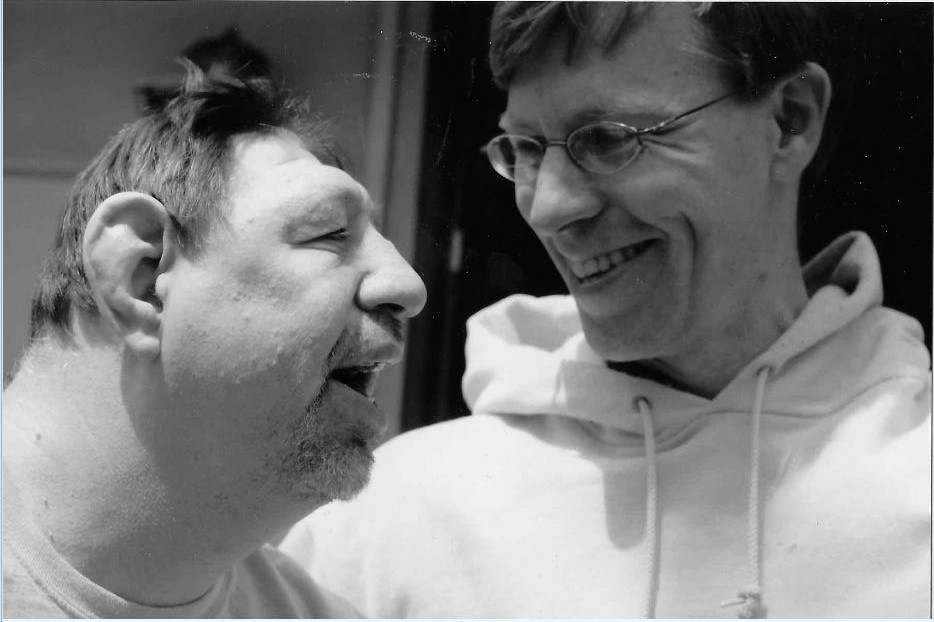 Dan is sitting on the barely cushioned chair next to the bed, and he closes the computer he’s been using to chart his condition. As he begins to speak to me I look over at the monitors again, a restless habit I’ve formed over the last few days of this hospitalization. I’m looking for hope in the numbers, looking to see if my resident will fight his way through the second medical emergency I’ve seen in three years. The nurses sweep in and start to do oral cares, and his heart rate goes up in alarm. They finish quickly, the compassionate women talking through the process with him the entire time, but his vitals remain anxious.

I watch as Dan leans over and starts to stroke his hair just the way he likes, starting at his broad forehead and sweeping down towards his neck, firmly and gently. He speaks quietly into his ear, and I can’t quite hear the words, because I’m too busy staring at the monitor again. This time I watch as the numbers creep down, as Dan’s voice soothes and comforts the man he’s known for decades. I tear up at the trust Dan has earned, rightfully so, from this person who has come to matter so deeply to me. In this moment of comfort to a sick man who desperately needs it, I see all their time spent together; Dan’s investment of energy, humor, and kindness; I see holidays spent together and parties participated in; I see long afternoons of going on drives.

Serving Others Changes Everyone

Serving others changes everyone involved. It makes the caretakers more patient, and makes them love more deeply; it makes the ones served feel trust and confidence in their own worth.  Dan has accomplished this and more, especially in the life of the man who lies somewhere between awake and asleep, knowing he’s not alone.

Once Dan is satisfied that our resident is again resting peacefully, I mention to Dan how he calmed down immediately hearing Dan’s voice, and Dan gives me a humble smile. Never one to emphasize his own importance, Dan starts talking over how the day has been and about his hope for our resident’s improvement. Maybe, with his best friend there, he has more of a chance. After all, he’s always been a fighter.

ACR has a reputation for providing exceptional patient care for people with physical and developmental disabilities. Find out how you can be part of the team. 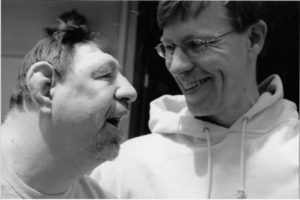