Remember how the Cat in the Hat could balance a cake on his head while holding a fish bowl on an umbrella in one hand and a stack of books in the other, all while jumping on a ball? And how he made it look easy?

Life sometimes feels like that kind of a balancing act. Especially for students! If you have your sights on a graduate degree program, you are probably familiar with the need to balance an internship on top of coursework and work experience, and fit in volunteer hours, too.

ACR employee Teagan Schnell has first-hand experience with this kind of balancing act. She’s a student at the University of Minnesota with her sights set on getting into a graduate program to become a physician’s assistant.

Her secret to getting everything done? Getting hired to work part-time as a direct care professional at ACR. That part-time job gave her experience in healthcare as well an opportunity to design a unique internship at ACR for which she earned college credit and fulfilled her requirement for volunteer hours. She was also earning a paycheck and gaining some major work skills along the way.

It All Began with Healthcare Experience as a DCP

She saw a friend’s Facebook post about gaining healthcare experience working as a direct care professional for ACR. The friend wrote, “super-flexible around school schedule, working with other students, share experiences, support from coworkers.” She also noticed ACR offers internships, which she knew she would need down the road. So she applied at ACR and was hired to work part-time at an ACR home in Golden Valley.

Internship for Both College Credit and Volunteer Hours

Two years later, Teagan needed an internship to finish her biology degree, and she also needed volunteer hours to meet the requirements of the Community Engagement Scholars program so that she could graduate with “community service honors.” She found a way to do both the internship and volunteer hours through her work as a Direct Care Professional at ACR.

She registered for an upper level biology class called “Internship: Professional Experiences in Biological Sciences,” which allowed her to earn up to six college credits depending on the number of hours committed to the internship during the semester. The course instructor said that she could create her own learning goals for the internship as long as they related to her studies. She also had to deliver regular updates and a final paper or project to get college credit.

Within those parameters, she designed an internship that could be accomplished during the fall semester of 2018. It included a combination of direct care shifts for which she was paid, plus non-paid work doing research, journaling and analysis which would meet the requirement for volunteer hours to graduate with honors.

Deciding on an Internship Topic

“At first it was kind of overwhelming thinking of an idea for the internship,” Teagan said. She met with ACR’s Internship Director Sarah Abbott. Sarah asked, “What types of things do you do outside of school?” Teagan thought about it, and realized that she and one of the residents she supports both love animals.  So she decided to focus her internship on animal therapy and behavior management for a resident. 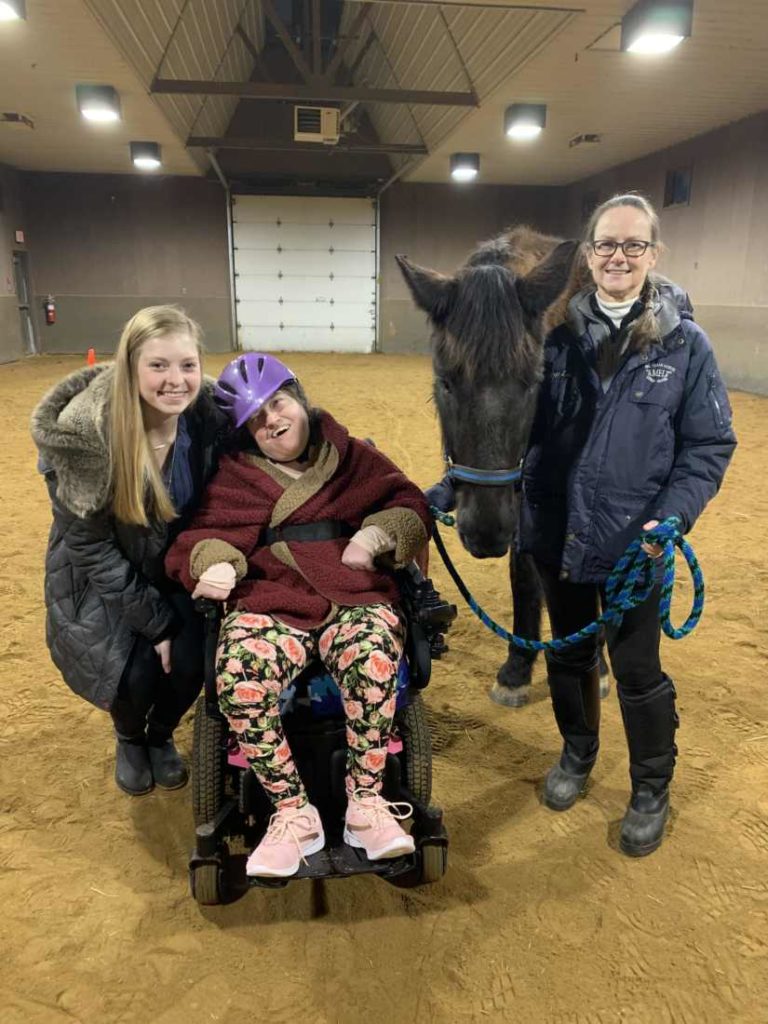 Teagan Schnell and her resident at "We Can Ride."

“Once I had the idea, I felt a lot less pressure,” said Teagan. She arranged for resident activities such as interacting with dogs owned by her coworkers, as well as with dogs and cats at the Humane Society. She also observed her resident doing horse therapy lessons. She kept a journal of her internship observations and submitted those as part of her credit requirement. She concluded the internship with a final presentation which she presented both at ACR and for her college credit.

“Class deadlines to turn in journal entries every two weeks kept me going,” said Teagan. “During Christmas break I was able to work more on the graphs. Since I was taking it for credit, the work didn’t seem too hard. The hardest part was the beginning--hearing all the information and feeling overwhelmed.”

Not only did she finish the internship requirement and receive 3 college credits plus a paycheck for her scheduled hours doing direct care, but she was also able to log volunteer hours she needed for community service honors.

Benefits of Working at ACR

Setting up the internship and completing it was a valuable learning process of its own and the end result ultimately benefited the residents she was supporting. Teagan sharpened her skills at noticing behaviors and the triggers for them, as well as tracking data. She also notes that as a result of her internship she is going on a lot more outings with residents, and they are better focused on the residents’ interests. She feels more aware of cause and effect, and has also developed skills in asking coworkers about what they’ve noticed. She feels more personally invested in her work than before, and she realizes there is a reason for all the tracking and charting. She has also developed her nonverbal communication skills with residents. “The longer you spend with residents, the easier it becomes to learn what they’re asking/feeling.”

As for her overall work experience at ACR in the past two and half years, Teagan realizes that she not only has gained healthcare experience. She has also learned a lot about helping people with disabilities and about nonverbal communication and behavior management. In addition, she has gained leadership skills as a shift supervisor, as an on-campus recruiter, and as a mentor where she meets new ACR employees and helps them learn the job. She says the work has helped her become more confident and outgoing. “All the smiley and bubbly people at the home where I work have helped me grow.” Overall, she has developed skills that serve her well as a pre-PA student and will support in her future career in healthcare. 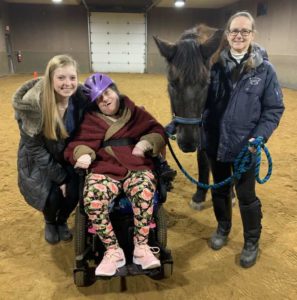