There was a fierceness to the satisfaction he felt after today, a depth of assurance that he was doing something good, that he was a part of something great. He had gotten off work 20 minutes late that evening and despite the weariness pulling at his shoulders, the fierce satisfaction kept his head high. He walked into his dorm to finalize a paper that had been stuck in the back of his mind and smiled, thinking back over his work day at the group home where he spent three days of his week, taking care of vulnerable adults and getting valuable life experience. 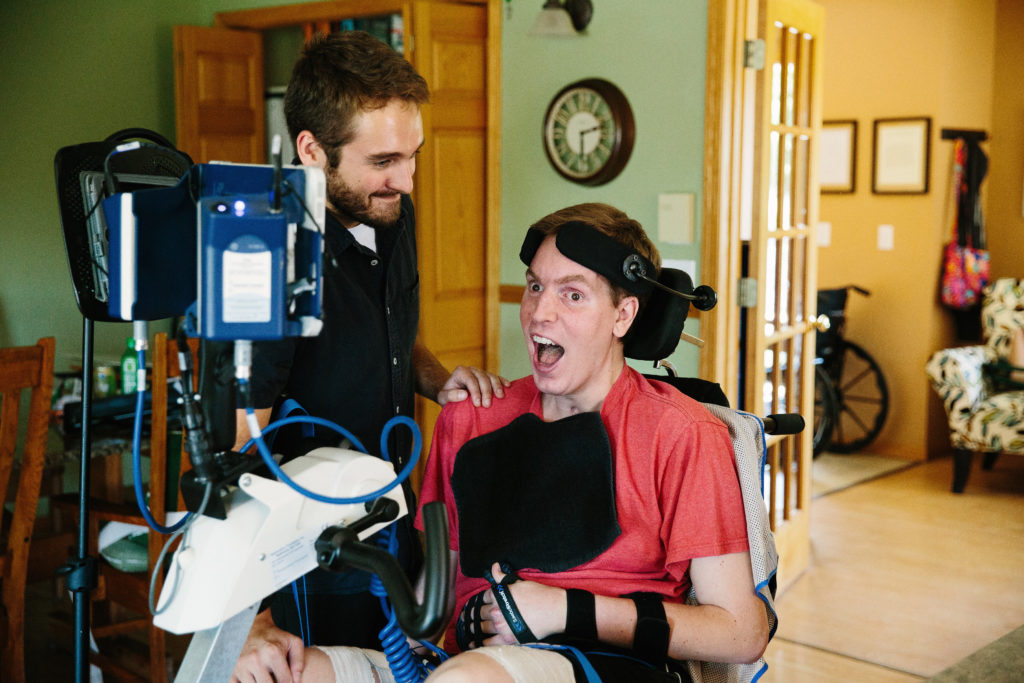 It had been an unusually busy shift at ACR Homes; one resident had splashed her bath water a bit more enthusiastically than expected so his pants were wet from the knees down. He was right in the middle of meal time; as he held another spoonful of casserole to his resident’s lips, her hand jerked up in an uncontrollable spasm, knocking the spoon onto his shirt; the only part of him that had yet been untouched by a fiasco that day. Looking down, feeling frustration starting to well in his chest, he heard uncontrolled giggles of mirth coming from his resident. Looking back up into her eyes, he found himself laughing too. How could he not, with the innocent joy radiating from the woman in front of him? Her laugh was so infectious! He had to admit, it was kind of funny watching a tator tot ooze its way down past the ACR logo on his shirt: “ACR Homes – Making a difference!”

It was amazing to him, really. Even on a crazy day like today, he still went home feeling such immense job satisfaction that he had done good work that day, rewarding work, hard physical work for another person that left him feeling accomplished in spite of the chaos. He knew he made a difference one day at a time, spending time with another person who taught him to laugh even when food is hitting the fan.

Learn more about ACR and that feeling of immense job satisfaction at our next hiring event.